Is Eminem a Guest 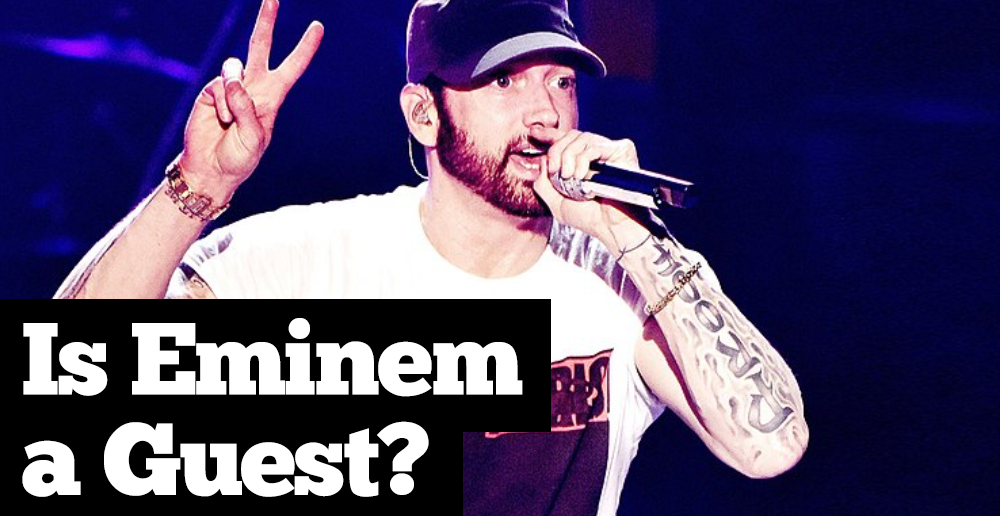 My answer to that question is with a reply. He is a Contributor. Sure he gained allot of fame and fortune in Hip Hop. But has given back, and has contributed much more. His influence on the Rap scene is Outstanding. I dont own many of his albums. Was very critical of his Beat choice. He rapped in the algorithms that he was comfortable with, and chose beats that never outshined his skills. His skills far surpass 75% of top Black and of Color Rappers. And lets face it, more of Color Rappers have sold the culture out for less!
This brotha stuck with his guns, could have went the electronic music path and tripled his income. Could have did sitcoms, and wiped his A$$ with a rap royalty check. He could have kept the beard blond, and sucked up to trump rally enthusiasts! But to his credit he downplayed his White PRIV CARD! Traded it in for a just for mens deep dark beard dye and hoodie gift cards. (joking i use JFM myself =)
I gotta commend him for allot of heat he has taken on social media for the past few years, and never really let it phase him. Kept it Gully the whole time. Challenged a couple of unaccomplished wanna be's, and gave them the hammerknocker beat downs. IMHO he is a contributor to the culture that many young aspiring rappers of all nationalities can benefit from. I just hope to never see him on Nickelodeon getting slimed, or Disney channel doing voice overs for goofy pigeons, or donkey characters. smprh… if so, will have to retract allot of what i am venting.
Is He a Guest? in Truth only the African American hierarchy should answer that.. But as a Puerto Rican who paid dues in this culture since day one (when it was coined HIP HOP in 1981)
I'd bump him up to Roommate, or 3rd Cousin, maybe even give him a light bill, and TV remote rights, so long as he don't switch the channel to FOX we good.
Stay Bless yall!
easy
Back
< Previous Post   Next Post >