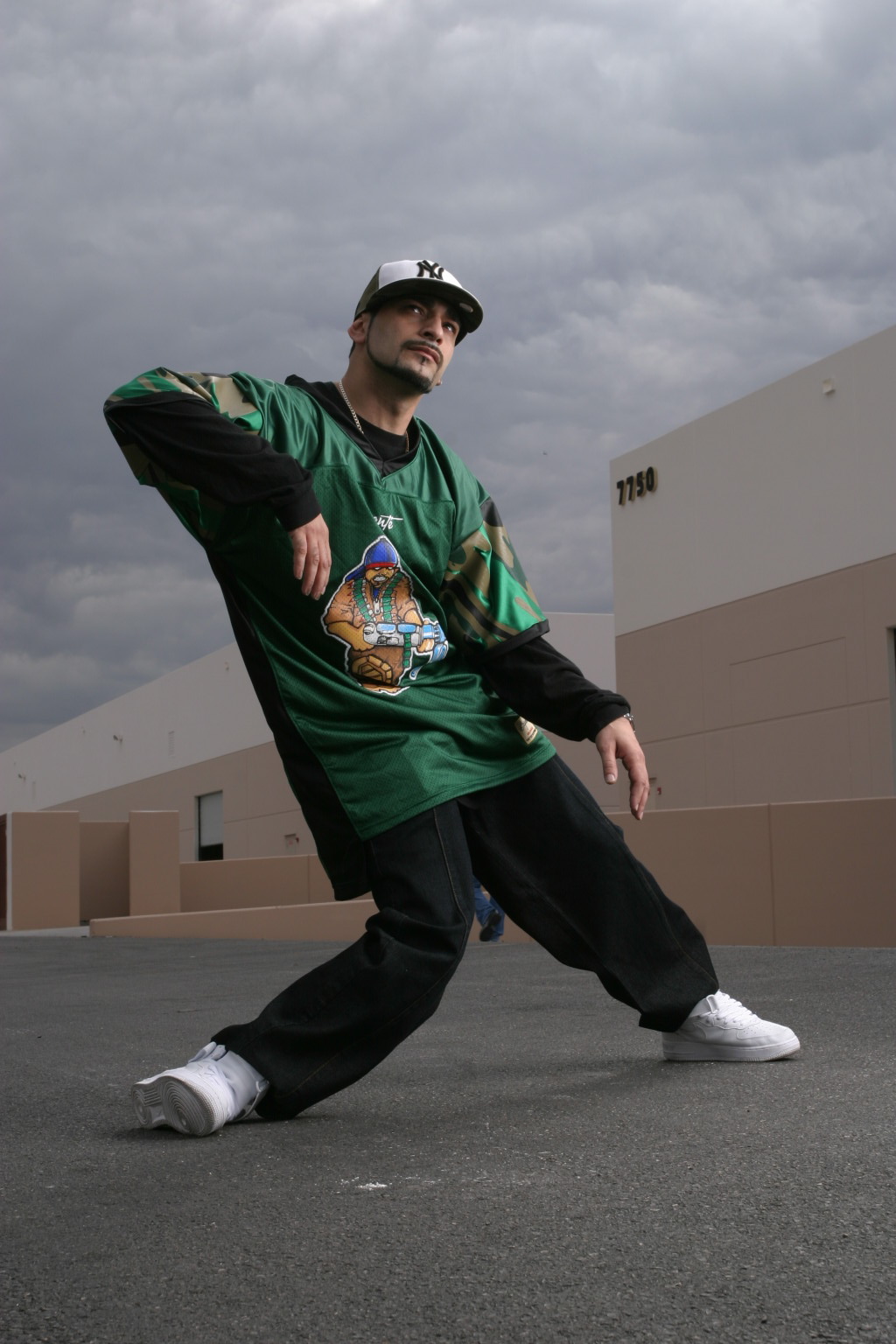 Mr Wiggles is a South Bronx Puerto Rican raised on HIP HOP since the 70's. Learned his crafts on the harsh streets of New York, Earned his stripes Battle by Battle. Wiggles is known for rocking many aspects of Hip Hop culture.

Wiggles is a proud member of FOUR major forces in HIP HOP and Funk Styles culture "Rock Steady Crew", the "Electric Boogaloos", "Zulu Nation" and TC5 (the cool five) Writing Crew (graffiti crew)
Mr Wiggles started his career as a dancer by battling throughout the streets of New York city, and eventually throughout the world, and eventually took his skills to major stages worldwide.
Europe, South America, Asia, Middle East, Canada, and on the great stages of Broadway. Wiggles has also been credited with two important movies that helped established HIP HOP "Beat Street" and "Wild Style".
Wiggles is still learning his crafts till this day, and will remain a true student of the culture till the day he dies. wiggles is married to his beautiful wife Zoraya Clemente, and has 6 incredible children, Unico, Alexandra, Talib, Ammar, Atiya, and Zamaria (I know that's allot of kids but he is Puerto Rican so what did you expect).