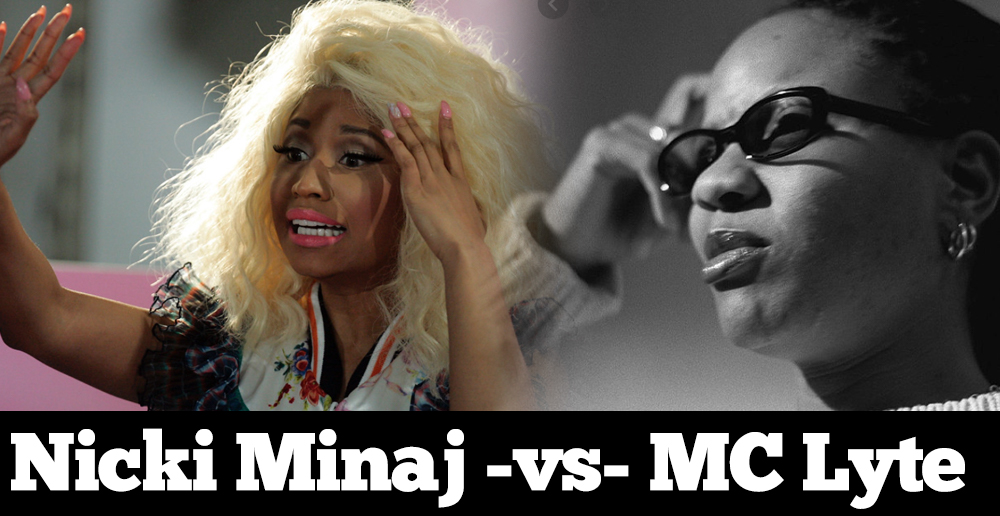 Not that rappers would ever actually BATTLE like the rest of the Hip Hop World. But if we compared skills vs sales. What do we have here?

Record sales: Nicki, why even go into this/ smprh
Most competitive era in Hip Hop: LYTE, had to compete against Kane, and G Rap for attention.
Lyrical Skills: LYTE! smprh (shaking my puerto rican head) Not even gonna comment.
Battle Skills: We would never know, they never were hard battle MC's, I would not sleep on Nicki though, she is street, and clever. Who knows.
Best PR: This is not a joke, Nicki came in during an era, where success was important as well as staying in the publics eye. All the keep it real MC's sit and complain, while young generation, Manage professional Careers much better than OG's.
Best Show: hmmmm, i can't, I just Can't choose stripper shows over Rappers who can captivate a crowd with skills, and vocal chops, and a voice that rings in the streets like a MOM, ready to whup a kids a$$ for beating on her son! LYTE! (f*ck it, i go against the grain on this one)
Cross over appeal: Again, F&ck all you keep it real rappers, who are to Proud to Hustle, and make moves for the whole planet. Nicki is a People Person. And I love People who Love People! FIGHT ME! Nicki got this.
Metaphors: LYTE, lets move on…..
Most memorable verse (memorable by Real Rap Fans, not Dolly Dinkles): LYTE as a ROCK, in its entiretly! Period Dot! no comparison.
Best Rap cadence: Lyte, Her expression relate to real rap fans, and Trumps Valley Girl rap cadence of todays female rappers. They need to leave the dumb blond rap cadence alone.
Stands the test of Time: Nicki, anyone who thinks she has no skills is just stupid. Of course she can rhyme, she is also an entertainer, and a personality. These are things OG's never mastered. The whole stay real to the streets has it's faults. Career's are built on Smart Hustle. Keep your name ringing bells was how i learned growing up in the BX. Real rap fans (all 47 of them) will be talking about LYTE in a private group on SpaceBook (future social media) Nicki will be the Elizabeth Taylor of the Rap game. She will constantly re-invent herself on many levels of entertainment. Right behind her will be her nemasis Cardi B =)
Best Album Covers: I will Plead the 5th on this one. 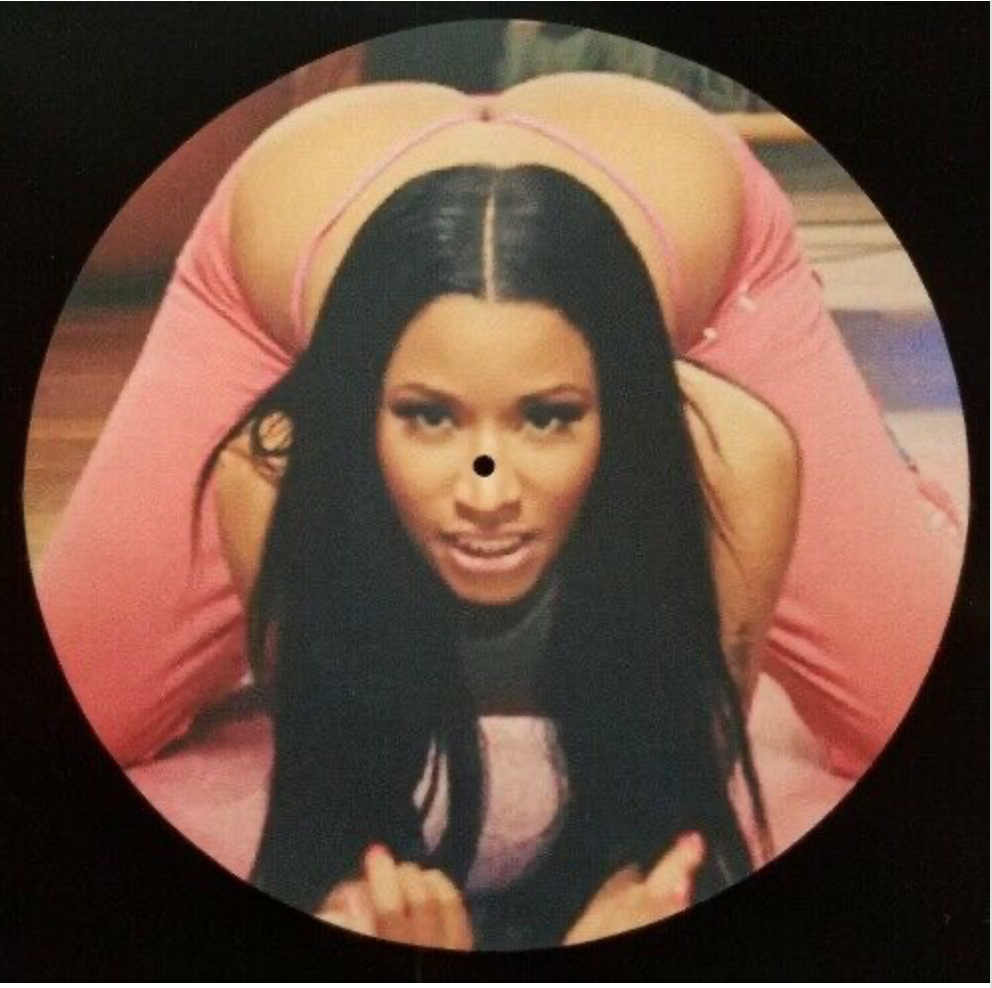 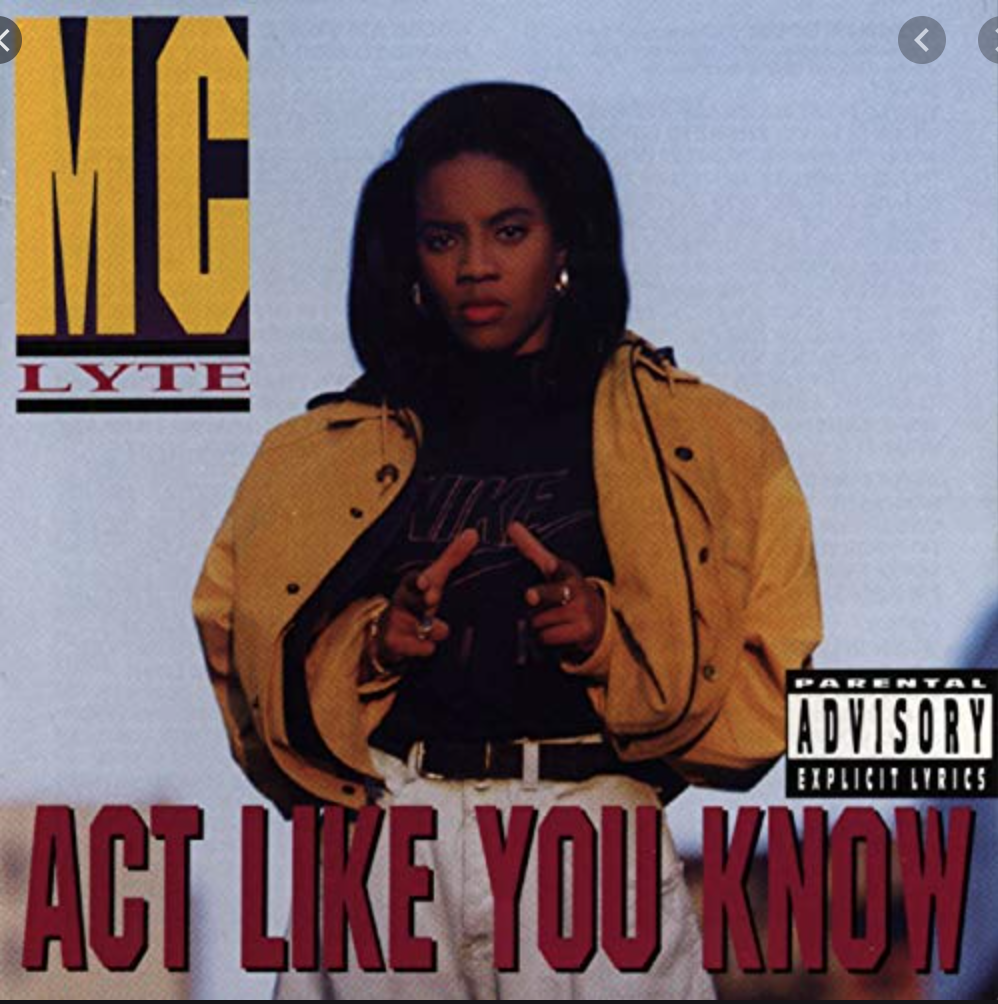